Latest News
You are here: Home1 / Press release2 / ｢No One Can Be Treated Like This｣ Understand the Case of Zheng Xing-Ze and... 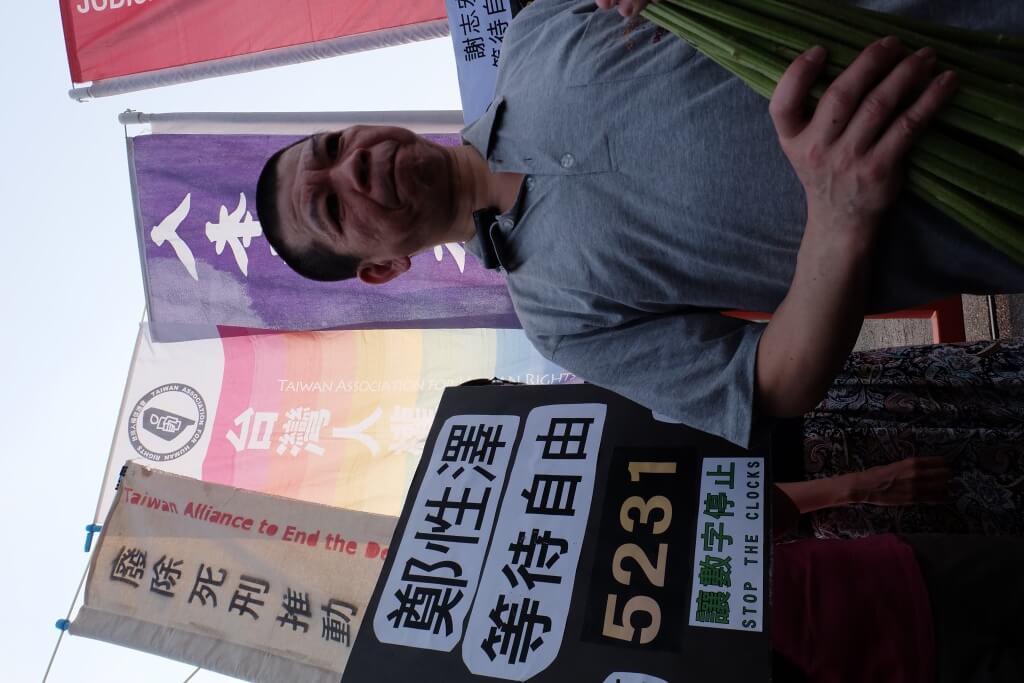 The statement from the Support Group for Zheng Xing Ze on May 4, 2016.

Finally stopped counting after Zheng lost his freedom for 5231 days.

This March, the prosecutors of Taichung High Prosecutors Office applied for a retrial in favor of Zheng who was given a death sentence. It was the first plea for the retrial by the prosecutors after the final judgement, also it was the first time that both prosecutors and lawyers engaged to do so in the interests of the convicted. As a result, on April 12, Zheng got an opportunity to defend himself in the court, which was for the first time, court held a trial for a retrial of death—penalty cases after the final judgement. On May 2, Taichung High Court decided to start the retrial and consequently on May 3, Zheng was released from Taichung detention center though he wasn’t allowed to leave Taiwan.

After spending 14 years in prison, Zheng eventually got a breakthrough. We hope this is optimistic sign displaying that the judicial system is willing to face faults, rectify and take responsibilities.

‘’Judiciaries must remember this and ponder over. People are vulnerable in front of judicial system. ‘’－Chang Juan Fen.

‘’According to this case, no matter who provides the information; either the prosecutors or lawyers, there is a possibility to change the original judgement. It is not very appropriate to use this word: possibility. Because it can change anything.’’－Chen Xing Min as prosecutor.

During the trial, the judge asked Zheng how he felt when he was in prison and he replied “Though the original verdict was death penalty and it was asserted, I still don’t have any hard feelings because so many people are helping me to rehabilitate.‘’

Even though many people support Zheng, there are people who doubt the truth. We claim that we took part in his rehabilitation movement after we analyzed his case fully and realized that he wasn’t guilty. Thus, we are asking people to understand this case first, and then judge. We bow down to law because if we are careless, it always serves us right.

We thank the chief prosecutor and the prosecutor of Taichung High Prosecutors Office who applied for retrial of Zheng. We would also like to thank the Taichung High Court for starting the trail again and the friends who supported Zheng. We are expecting that the judicial system does the right thing and we support Zheng to finish the last mile of his rehabilitation. Also we hope everyone can give Zheng and his family their own space.

In the end, please don’t forget Ciou Han—Shun (imprisoned for 10146 days) and Xie Zhi—Hong (imprisoned for 5790 days) who are innocents and are waiting for their rescue and also consider others who are suffering from wrong convictions.

Innocent people are convicted of crimes; No human is free.

The Condemned Who is Innocent: Zheng Xing-Ze－After Ten Years since the Final Judgement, It Was the F

CHENG Hsing-Tse exonerated from death-row today!
The Condemned Who is Innocent: Zheng Xing-Ze－After Ten Years since the Final...