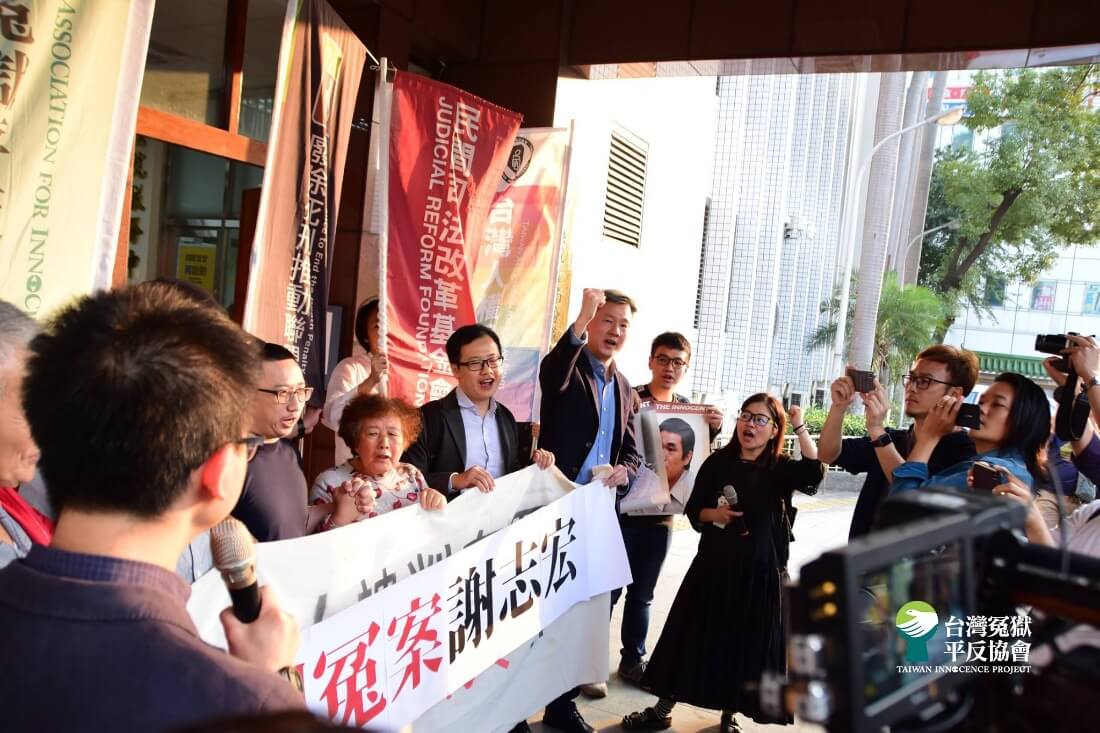 In 2000, Hsieh Chih-Hung was caught in the middle of a rape-and-murder case. The court is convinced that he and his accomplice, Mr. Kuo, has raped and brutally murdered a young woman in the middle of the night. They also killed a passerby because he witnessed the crime scene.

Unlike Mr. Kuo, Hsieh insisted his innocence. He claimed that he was not involved with either the rape or the following murders. However, the police tortured and extorted a confession out of him. This written confession later became one of the main evidence pointing towards his “crime”, alongside an incorrect report from the forensic examiner and Mr. Kuo’s allegation.

In 2011, Hsieh Chih-Hong’s conviction was finalized and sentenced to death. However, he never gave up and insisted to be innocent. Taiwan Innocence Project took Hsieh’s case in 2013 and discovered errors in the forensic report that could back up his side of the story.

In 2018, advocates persuaded Tainan’s High Prosecutors Office to re-investigate and to file a motion for retrial on behalf of Hsieh. This was the second time ever in Taiwan to have the prosecutor file a retrial for a death penalty case. On March 13, 2019, Tainan High Court granted the motion, re-opening Hsieh’s case for a retrial. The prosecutor immediately released Hsieh.

Since 2000, Hsieh has spent 6834 days behind bars. The granting of retrial not only gave him a new chance to clear his name in court once again, but also ended his time in prison. On March 14 2019, Hsieh is, finally, home.

17 Years of the Houfeng Bridge case: Acquittals for Wang Chih-Cheng and Hung...
Scroll to top