Latest News
You are here: Home1 / Press release2 / 17 Years of the Houfeng Bridge case: Acquittals for Wang Chih-Cheng and... 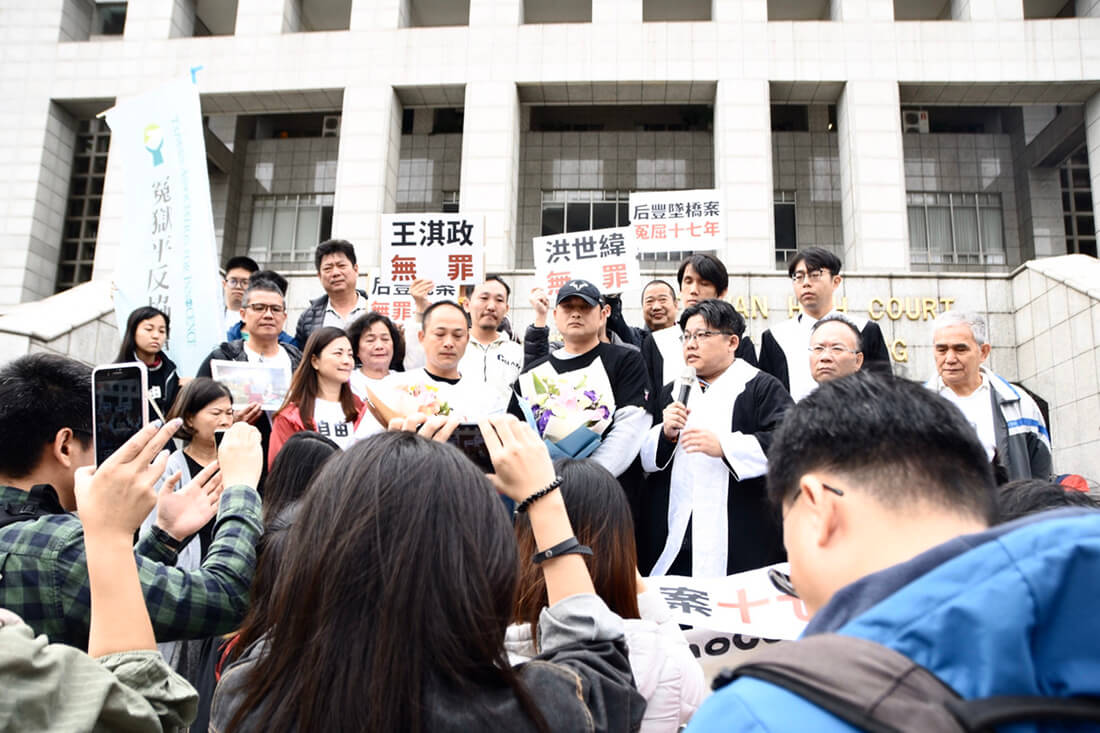 17 Years of the Houfeng Bridge case: Acquittals for Wang Chih-Cheng and Hung Shih-Wei

After fighting for their innocence for 17 years, our client Wang Chih-Cheng and Hung Shih-Wei were both acquitted by the Taiwan High Court Taichung Branch Court on December 31, 2019.

The two were accused of dropping Wang’s girlfriend from the Houfeng Bridge in central Taiwan in 2002. Wang said that it was she who crossed the fence by herself and fell, while Hung was not even there on the bridge when the incident took place. However, they were both found guilty of murder, and the convictions became finalized in 2009. Wang and Hung’s sentences were 15 years of imprisonment and 12 years and 6 months of imprisonment, respectively. They began to serve their time while their families outside kept seeking for help.

In 2012, TIP accepted the case and put forward new opinions, including one from a pathologist and one from a professor of mechanics from National Taiwan University, proving that the victim was not thrown by the two defendants and the critical inculpatory testimony used for conviction were not reliable. We took the opinions as new evidence and filed a motion for a retrial. In Feb 2018, the court adjudicated to start the retrial and to release the two after spending 7 years behind bars for Wang and 8 years for Hung.
After 22 months of trial, Wang and Hung were acquitted on December 31, 2019. The prosecution has not yet decided if they will appeal.

Professor Wu‐ting Tsai has published the study of this case in the Journal of Forensic Sciences.
Click here for more details about the case.

Recommendations of the Control Yuan on Forensic Science
Scroll to top