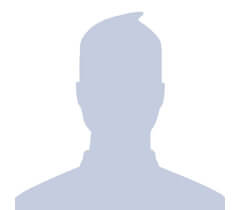 At 1 a.m., December 7, 2002, a woman fell from Houfeng Bridge and died. [Wang Chi-Cheng] and [Hung Shih-Wei] was prosecuted for murder. The court held that Wang and Hung threw off the victim from the bridge. After investigation, however, the Control Yuan found a few questionable issues remained. The procedure of investigation and trial was illegal. Moreover, the Control Yuan challenged the High Court on its position of presumption of guilt as against the spirit of a fair court.

The witness mistakenly identified the perpetrator. The final judgment was based on the witness’s testimony and it was held that the moon was bright and the visibility at the scene was clear so the witness could see the incident happening on the bridge from his location. The Control Yuan re-interviewed the witness and reviewed the meteorological record. It found the night of the crime was cloudy and the visibility was low. The Control Yuan also questioned the court for its conducting site inspection during daytime while the incident happened during midnight.

On August 15, 2012, the Control Yuan reported that this case is highly likely a wrongful conviction case and requested the Ministry of Justice to file an extraordinary appeal and have it retried.